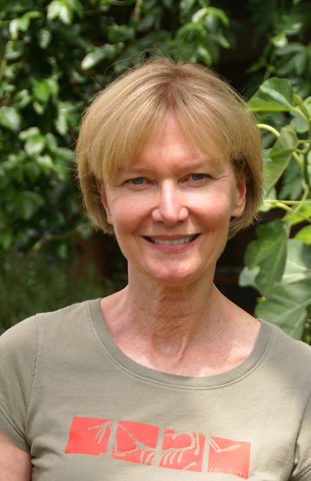 Terry Huffington was an unlikely farmer. A professional geologist for a number of years, she was content examining and probing processes happening deep within the earth. Terry had settled into life in Houston with a young family, but kept being drawn back to Steamboat Springs, a place that had captured her heart in early adulthood. Later, a special piece of land in Strawberry Park and a willingness to accept change altered the course of her life—transforming her from geologist to farmer, from land excavator to land steward.

The vision of Elkstone Farm began to take shape in the early 1990s when Terry and her husband, Ralph, bought property in Strawberry Park with the fun idea of bringing strawberry production back to the area. When they expanded their parcel a few years later, Terry’s inclination toward its preservation and her questions surrounding its use started to take hold. In that vein, she was invited to join the Advisory Board of the Community Agriculture Alliance (CAA) where she was introduced to the idea of permaculture by Lisa Benjamin. With this seed planted, Terry’s dreams for Elkstone Farm quickly expanded as she imagined a flourishing sanctuary—one that is healthy, productive and beautiful.

With visions of Elkstone Farm swirling in her head, developments in Terry’s personal life prompted her to realize the short and precious nature of our existence. She awakened to the notion that we hardly own anything—we are just temporary stewards of this earth and we must strive to make it better for those who come after us. These thoughts and visions have encouraged Terry to shepherd Elkstone Farm to its current form—a place that both inspires and nurtures the spirit. Despite not starting out as a farmer, Terry has learned a lot about farming and permaculture along the way, and she marvels at how exceptional a teacher nature really is. She humbly credits the hardworking, happy people who work at the farm for its daily and ongoing success.